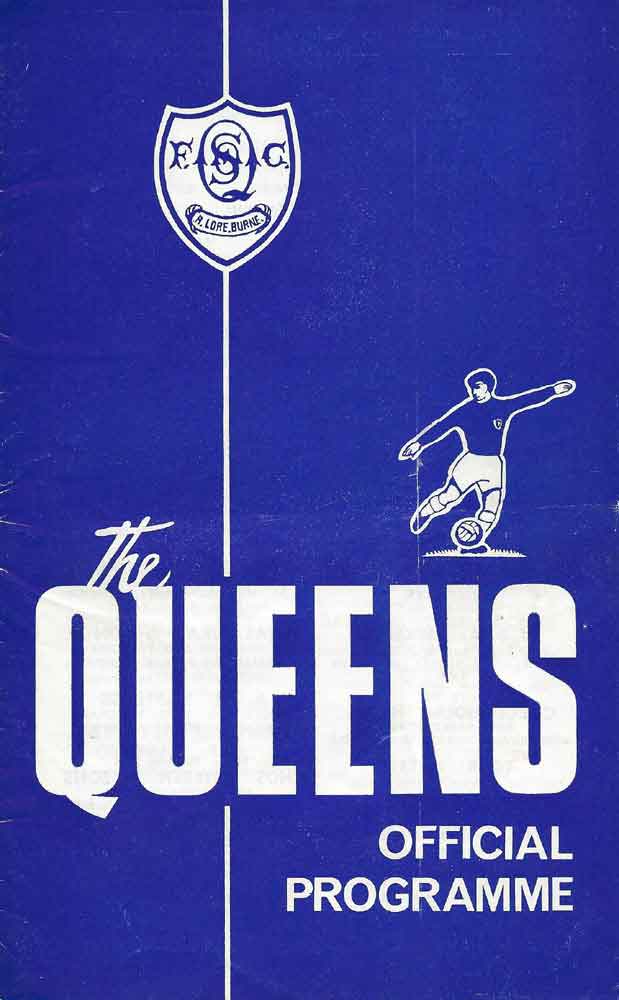 Queens can have little hope for the future unless forward strengthening is undertaken. They did a great deal more attacking than the Bankies, but the forwards apart from Mitchell, and in a lesser degree Law, were a feckless lot, lacking guile and snap at close quarters.

Clydebank certainly owed their successes to their defence. McMillan and his colleagues were particularly good in the first quarter of an hour when Queens seemed likely to go places. Madden also performed with distinction.

A penalty goal by Hawkshaw proved an inspiration for the Bankies. It was awarded when former Killie Start, Mark Watson, swept the ball off the line with his hands. Thereafter, their forwards worked strenuously and to good purpose, though, like the home side, their shooting left something to be desired.

It was left to centre half McMillan to show them the way a couple of minutes after the interval, he hooked a low shot to the net.

For a spell afterwards Queens infused more dash into their play, and when Law scored with a header, there were indications of a draw.

Bankies, however, refused to be rattled. The y concentrated on defence, and in the end were worthy winners.

Towards the end 17 year old Dougie Hay, who had covered every blade of grass on the well tailored pitch, finally capitulated, limping badly with a knee knock.

He hirpled to the touchline and was quickly replaced by 12th man - yet another 17 year old Danny Gray.

Ninety seconds later the final whistle blew, so Danny only had time to get in one header in what was, in fact, his first ever senior game.

As Danny made for the dressing room after his one and a half minutes of soccer, young Gerry O'Brien, the wag of the team commented, "you played terrific, Danny."