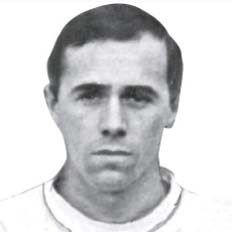 Billy Horn had been on the books of a number of clubs before arriving at Clydebank in 1965. Billy had never been able to establish himself at any of his previous clubs, and struggled to do likewise at Kilbowie. He was at Clydebank in 1965-66 which was the Bankies "inbetween" season when they played in the Combined Reserve League. As the Bankies were voted into the Scottish League in 1966, Bill was given a free by the club. He was later redrafted into the club in September, but only lasted a month after making three appearances