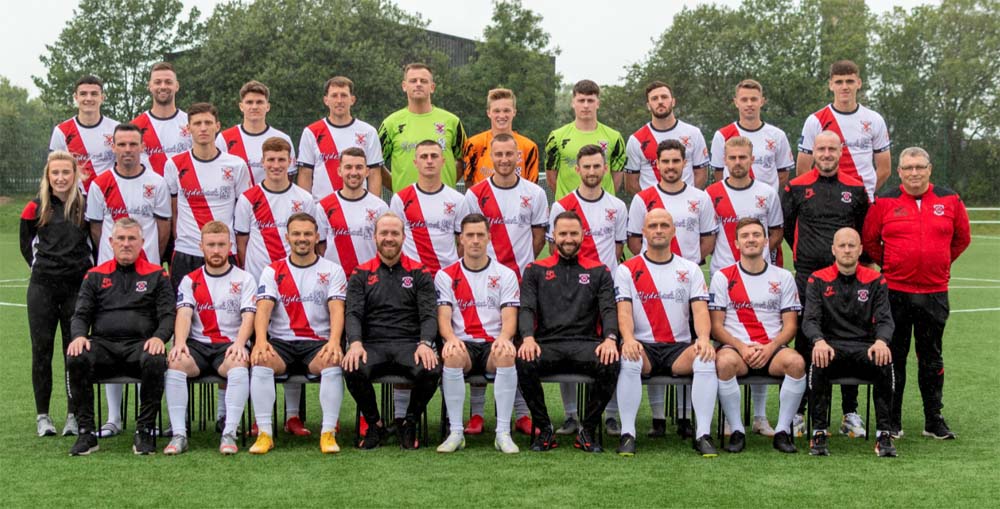 A hugely disappointing Clydebank side dropped two points in a dire goalless draw against Rossvale at Petershill Park in a game of very few chances. Rossvale were well worth their point and the fact the home side had lost 19 goals in their last four matches underlines how much the Bankies need a new striker in the squad. You have to go back eight games since either of our two rotating forwards hit the back of the net and that was only against lowly Harmony Row. It is not good enough, and you can only rely on goals coming from other parts of the side for so long before it inevitably breaks down.

Gordon Moffat didn’t have his troubles to seek with the influential Darroch and Slattery both absent. The defence is relatively well covered, but Slattery was a huge miss as was evidenced when he wasn’t available in the defeat against Auchinleck Talbot. Even with those players missing he opted to make further changes with Black and McGonigle on the bench replaced with Johnstone and Lynass.

The match itself was a grim spectacle for the most part. The Bankies never really got a hold of the game, and despite dominating possession did very little with the ball. Yet again the first half was full of error strewn passes, and at times the players looked like strangers to one another.

Lee Gallacher, as usual, was the Bankies main playmaker but it just wasn’t his night. There is too much reliance on him to produce the goods, and one or two others in the forward department really needed to step up to the mark tonight, especially those who haven’t seen much game time recently. Alas, they disappointed and Gallacher was left too often to try and be the creator. It was Gallacher who had the first shot on goal after 11 minutes, after making himself available in the hole between the defence and midfield. Unfortunately, he dragged his shot wide.

Rossvale started to believe in themselves when they realised that the visitors weren’t imposing themselves in any meaningful way. In fact they went on to have the two best chances of the game. The first in the 17th minute was when the Bankies defence were caught square and MacDonald was clean through on goal. The forward took the ball slightly to the left and then fired a diagonal shot that went inches past Donnelly’s left hand post.

Then, on the half hour, a long free kick into the box was headed over to the penalty spot by McLean where Rankin was waiting but a lack of composure saw him volley the ball miles over the crossbar.

The only responses from the Bankies was a 25 yard bullet shot from Nicky Little that was beat away by the keeper, and then the same player came relatively close with a free kick on the stroke of half time, but the ball flew about a foot or so past the post.

At this point, Gordon Moffat would have been justified in making a couple of half time substitutes, but that is not really his style and he gave the same eleven the chance to remedy their first half display.

Unfortunately, it was more of the same, and by my reckoning it took until the 75th minute before there was an actual shot on goal from either side. By this point Green took a bad knock and had to go off and the ineffectual Lynass and McKinlay were replaced by Black, McGonigle and McPherson.

The Bankies had two decent chances to score when Niven almost headed home from a corner kick but sent the ball wide, and the best move of the night came from a series of one-twos between Gallacher and Little. The former was unlucky with his final shot as the ball was running away from the goal and he just couldn't wrap his foot round it and get enough power to trouble keeper Gordon.

In saying that, Rossvale could easily have snatched the three points. Particularly, one incident which saw a bit of mix up between Holmes and Donnelly. Holmes was bumped off the ball by Dolan, and he saw that Donnelly was off his line and tried a chip. Fortunately the Bankies stopper was able to acrobatically claw the ball away for a corner.

Despite almost 6 minutes of stoppage time, and throwing several men forward Clydebank never really endangered the home goal and Rossvale were grateful to halt a run of four pretty bad defeats in a row.

This was quite easily the worst game of the season, and although you can’t play well all the time, it may just have shone a light on the lack of depth in the squad. We have maybe seven or eight players who hold the team together, and if you take one or two away from the line up then it exposes our weaknesses. A striker is the most urgent position that needs addressed, even if Ciaran Mulcahy was to come back. We also need players who are not just back ups but are challengers for the other attacking positions, as there is inadequate cover for the likes of Little, Slattery, Gallacher and McGonigle. If we are hoping to win this league at some point we will inevitably need to have a better standard of player all round, as the consistency levels needed to do so are so high. The players have achieved a lot this season, but are just not quite there yet to have a real tilt at the league title.

On Saturday, the Bankies travel to Carluke in the inaugural West Of Scotland League Cup and is the perfect opportunity to rectify tonight’s poor display.