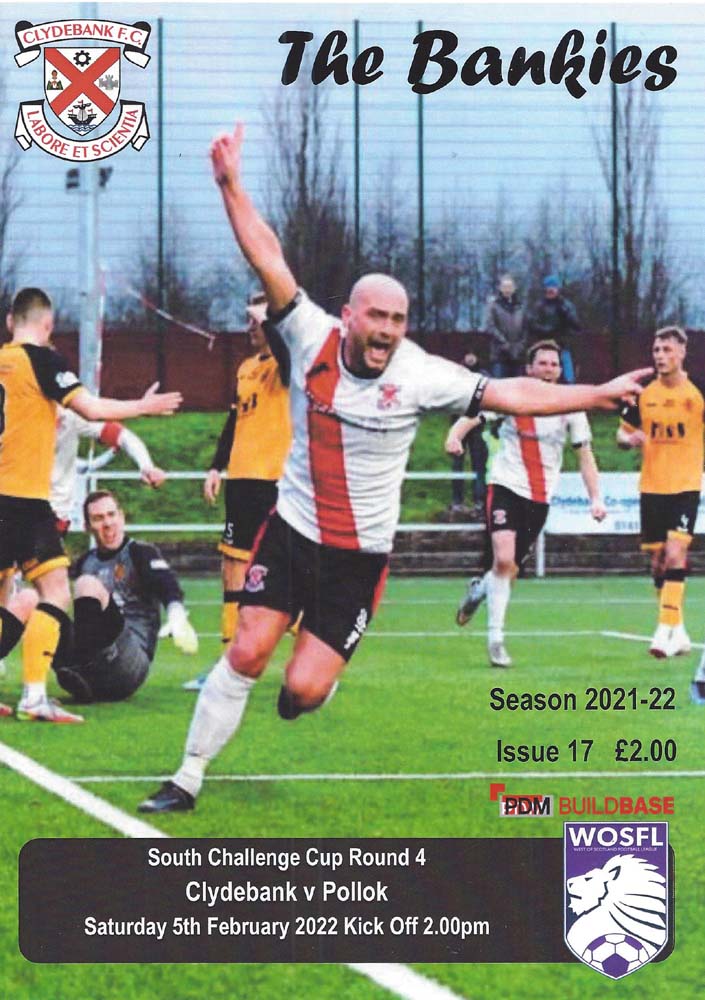 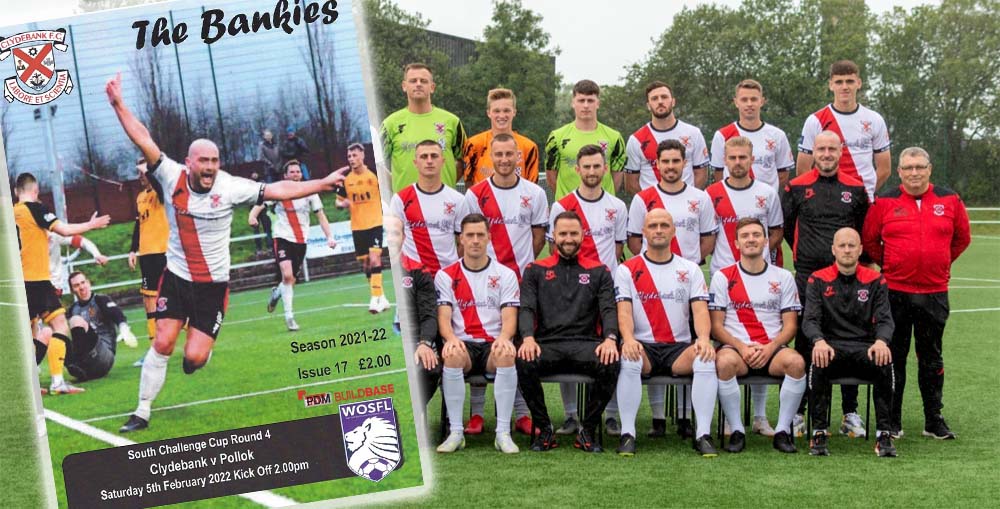 Clydebank made it four defeats out of four in 2022 as they were knocked out of the Challenge Cup by Pollok by two goals to one at Holm Park this afternoon. It was the seventh defeat at home this season, and it was also our seventh attempt to win a game against one of the other sides in the top six in our league. Needless to say with the win column sitting at zero you can only come to the inescapable conclusion that the squad of players we have are not good enough and quite a few changes are going to have to be made if the club are to have a realistic promotion push next season.

Pollok probably just about shaded their win today, but the driving rain and strong wind made things difficult and quite possibly aided their winning goal which flew directly into the net from a long Evan Horne free kick after 66 minutes. The visitors didn’t have to work very hard for their goals either which was disappointing as they created little from open play. As per the Annan cup tie, the Bankies gave away far too many free kicks in the last third allowing Pollok to pump cross after cross into the box. The Newlandsfield side’s first goal came from exactly that after 38 minutes when Ryan McGregor got a nick on a free kick from the left and the ball diverted into the net beyond Donnelly.

The Bankies didn’t do enough from an attacking standpoint particularly in the first half with the only real chance when a cross from Gallacher beyond the visitors defence was met by the outstretched boot of Nicky Little, but as the ball skidded off the surface he could only divert the ball over the bar.

This was just minutes before Pollok opened the scoring, but they could have scored as early as 17 seconds, when Chris Black was slack with the ball and it allowed Lyon a shot at goal which just skipped past the post. Pollok were always the busier side in the first half and just about deserved their goal when it came.

The second half was more of an even contest and the Bankies were out of luck as well hitting the woodwork twice. Pollok had not lost a goal in seven matches coming into this came and are unbeaten since August, so that wee bit of a rub of the green that you sometimes need was not working in Clydebank’s favour either.

Nicky Little struck the cross bar on 51 minutes from a terrific free kick after Ciaran Mulcahy had been fouled, then they were even more unlucky with the best move of the game just five minutes later. A clever free kick was played to Gallacher who had wandered down the left wing. He showed outstanding footwork as he left three Pollok defenders for dead. The ball rolled forward to McKinlay who, with his back to goal, swivelled on to his right foot and desperately unfortunate to see his shot hit the inside of the post.

There was also a penalty shout as Nicky Little appeared to have been fouled in the box, but this only evened it up after Jamie Darroch looked like he got away with one in the first half. These chances all happened while the game was still in the balance, and before the fortunate second goal gave Pollok some breathing space.

Clydebank, yet again, had to throw men forward to try and get something from the game, and finally managed to get a goal in the 90th minute. It was a great header from close range by Ciaran Mulcahy as well.

There was a bit of a grandstand finish as Pollok were rattled for the first time in the match. Nicky Little almost put the ball in the back of the net from a good deep cross, but equally Pollok could have scored a third as Donnelly had to block a shot from Duff down the other end.

Ultimately, the tie was lost and the Bankies are out of the cup. There is only the least important cup of all the trophies available that the Bankies are still involved in, and the league is out of reach as well. With around a dozen games to go till the end of the season, thoughts must turn to next term. Whilst there has been improvement, and the run in the Scottish Cup was great, the real prize is to move up the leagues and we are still a good bit away from putting in a serious challenge in that respect. There is a nucleus of players, most of whom have been resigned already, that can help take the club to the next level, but it looks like a significant influx of new signings will have to be made if the club are to try and realise its ambitions.