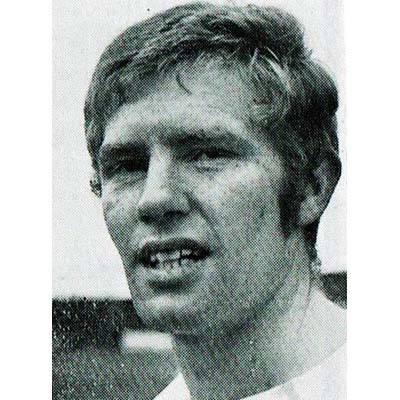 A man of many clubs, Drew Nelson must be up there with one of the strangest signings ever made by Clydebank FC. Drew for his part, came in like Superman and departed like the Invisible Man. A four game career and another club added to his belt notch.

The story of Drew’s signing is scarcely believable. According to Mr Steedman, Drew who had left East Fife at the end of the previous season, was signed one hour before kick off and for good measure was handed captaincy of The Bankies.

It looked like a gamble that had paid off as he led Clydebank to a 4-1 away win at Albion Rovers. Besides himself the Clydebank team contained two Junior Trialists and Mike McDonald in goal for the injured Dick Madden.

The lack of pre-season would tell, as just three days later the same team, would be thrashed 5-1 by Dumbarton at Boghead, although Drew Nelson did get the equaliser just before half-time. A loss at home to Queens Park and a 1-1 draw at Stenhousemuir would see the end of Drew’s time with the Bankies.

He was obviously only used as an emergency stop gap as Jim Fallon had been injured in a car crash when driving to the match against Falkirk, and The Bankies defence was ravaged with injuries with Davie Mitchell and Dougie Hay also missing at this time. All three were in the side the following week which saw a 4-1 home win over East Fife.