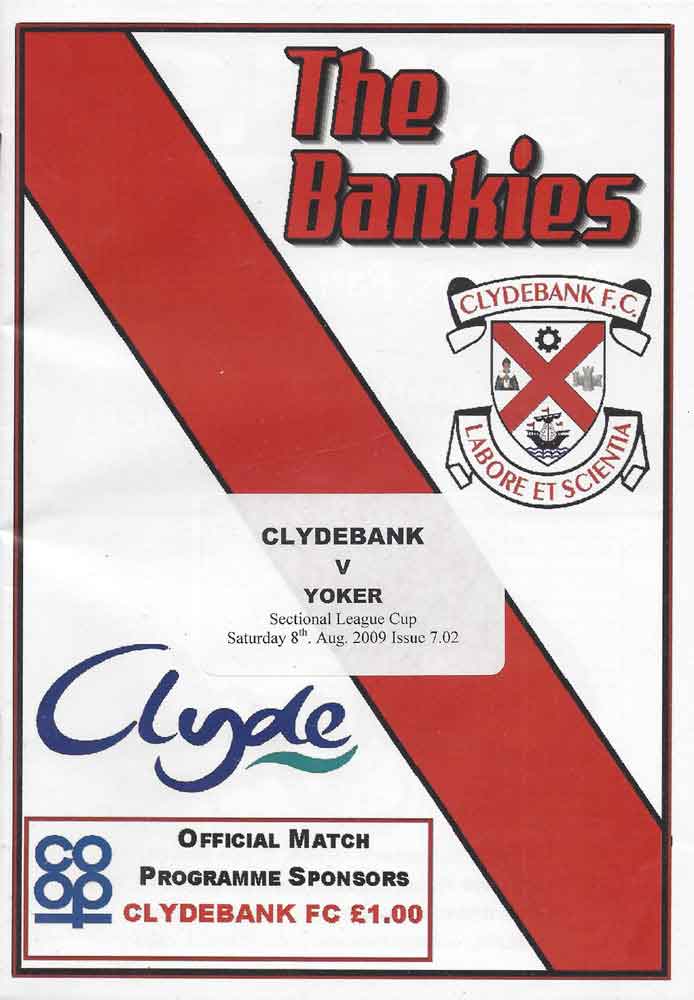 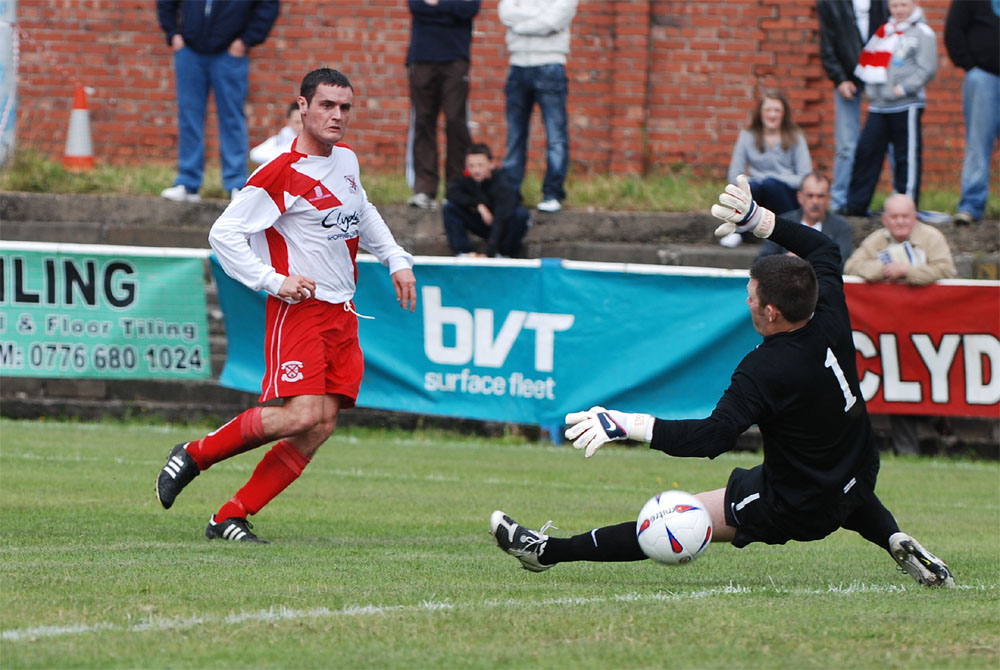 Clydebank are left with it all to do in their final game in the Sectional League Cup as they faltered to a 1-1 draw against local rivals Yoker Athletic.

With Yoker already suffering two defeats in the section and being two division below, The Bankies were confident coming into this match. This, despite failing to record a single victory over Yoker in six attempts at Holm Park.

Right from the start the Bankies failed to find any kind of rhythm, with slack passing and the long ball being the order of the day. Yoker came at the Bankies with a much more rough and ready approach, and it was to be the more effective tactic.

For most of the opening period, Clydebank were on the back foot, but Yoker were restricted to half chances. It took the Bankies almost half an hour before they threatened the Yoker goal. A dangerous corner kick the flashed in front of everyone, forcing Soave to dive to his right to turn the goal bound ball away for another corner.

The excitement of the half all came in the last 15 minutes. Stefan Gonet produced a top drawer save from Marshall's volley to keep the score blank, before Yoker scored what they thought was a good goal, when Carson blasted the ball into the net after Gonet dropped the ball under pressure. However, the linesman flagged for what appeared to be an elbow against Gonet. It was undoubtedly a let off, as this goal could easily have stood on another day.

Buoyed by this the Bankies raced up the other end of the park and should have taken the lead against the run of play when Brian Smith was put clear in front of goal. Unfortunately, he was unable to steer the ball past Soave, and the keeper managed to deflect the ball away for a corner kick.

Any uninitiated observer would find it hard to distinguish which side was in the higher division, and it would remain unclear in the second half. A moment of class from Gary Lynn may have given some hint however, when he crashed a stunning free kick off the underside of the bar. Yoker managed to scramble the ball clear despite the attention of two onrushing Clydebank forwards.

The Bankies had a goal of their own chopped off in the 68th minute by the same linesman who had earlier disallowed Yoker's goal. Cairney fed the ball to Paul Allum, whose cross was helped towards the back post by the toe of a Yoker defender. Stevie Dymock's outstretched boot knocked the ball into the net, but his joy was quickly taken away as the linesman adjudged him to be in an offside position.

Minutes later and Yoker took the lead from a corner kick swung in from the left. It was met by Dempsey, who was unchallenged, and he fired his header low into the net giving Gonet no chance. With less than twenty minute to go the pressure was on to retrieve at least a point from the match.

Dymock had the first chance, when the industrious Dallas sent him free on goal with a neat head flick. Unfortunately, Dymock took a bad touch and the ball raced into the arms of the keeper.

Clydebank had certainly looked busier since the introduction of Maxwell, and Hobbs, and It was the latter of the two who would come to save the day. With only 7 minutes remaining, a nice move allowed Dallas to lay the ball of to Allum on the right win. He flighted a deep inswinging cross to the back post, where Hobbs had timed his run to perfection, despatching the ball into the net with a first time volley.

The Bankies were unable to rouse themselves to a grandstand finish and the game ended level, preserving and increasing the Holm Park hoodoo to seven matches against Yoker without a win.

All in all, a disappointing result and performance. Prior to the game, Bankies fans felt that a victory over their county rivals was more than likely, but were left short changed. To qualify from the section, Clydebank must now go to Saracen Park on Tuesday night and beat a confident Ashfield side with a 100% record so far.