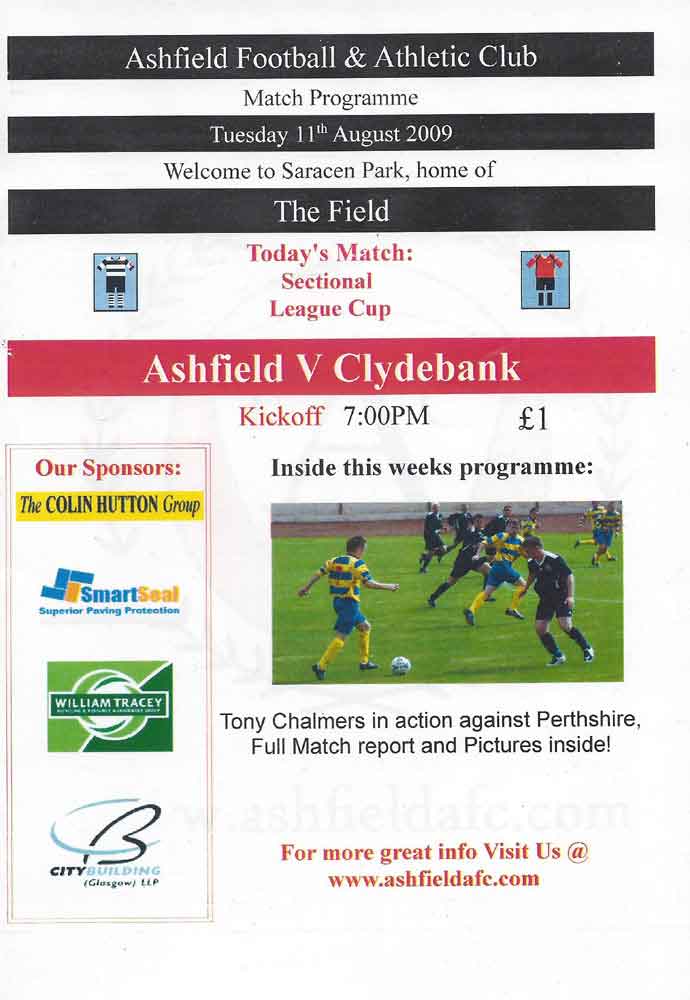 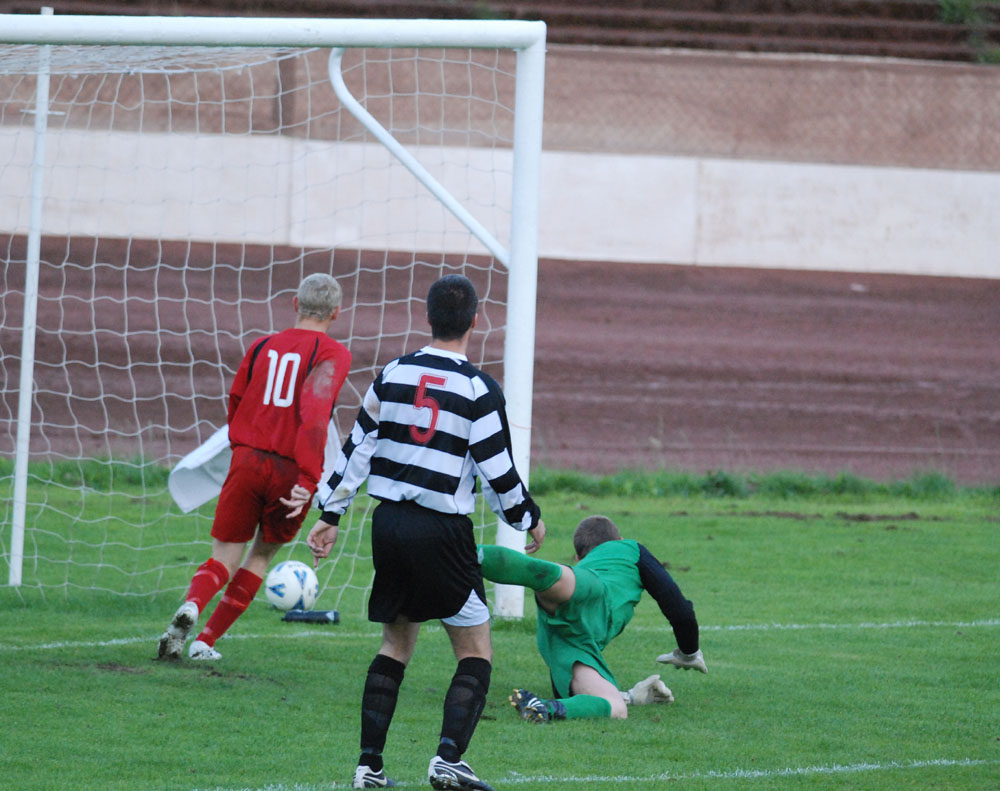 Clydebank’s interest in the Sectional League Cup ended tonight as they went down by two goals to one against Ashfield. The Bankies required a win to progress to the quarter-final stage, but a goal-keeping error proved fatal.

Despite controlling possession for much of the match, Clydebank created precious few scoring opportunities. Only the industry of Stevie Dallas was giving the home defence cause for concern. The sole decent chance the Bankies created in the first half fell to Dallas when a headed clearance dropped nicely for him at the edge of the box. However, Cairney managed to get in the way, and this did enough to put the striker off and his volley went wide.

Ashfield were quite content to sit back, and hit on the break, which they did to great effect after 24 minutes. A sweeping move up the pitch saw the ball crossed in from the right hand side. Tiropoulos, perhaps should have come out to meet the ball, but his decision to stay on his line allowed Chalmers, who had charged into the box, to knock the ball in to the net from close range.

Clydebank’s record against Ashfield had been superb leading up to this match with no defeats in seven matches, and hopes were raised that this would continue when the Bankies equalised after 50 minutes.

Cairney earned a free kick around 30 yards from goal, from which Gary Lynn unleashed a powerful left footed drive. The ball bounced in front of keeper Prior, and he spilled the ball into the path of Campbell who prodded the ball hone to notch his first goal for the club.

Clydebank continued to dominate possession, and with the introduction of Dymock to the forward line, a few chances began to materialise. In possibly the best Bankies move of the night, Molly fed the ball to Dymock, but his neat turn wasn’t matched by his shot and the keeper was able to gather the ball.

Dallas then squandered a great opening when he opted to shoot from 25 yards when he had at least two options in front of him to play the ball through.

Ashfield showed however that they were still dangerous on the counter attack, when Vezza lost out to Smith. The Field striker then positioned himself to strike the ball into the far corner of the net, but fortunately for the Bankies he over cooked his shot and it sailed wide of the post.

As time counted down, the Bankies moved to a 4-3-3 to chase the goal they needed, and it looked like it would be the visitors who would be the more likely to score. However, with 11 minutes remaining the Bankies hopes were dashed when Ashfield sealed the victory with a disastrous error from Tiropoulos.

A punt up the park went high beyond the defence, and it looked like a rudimentary catch for the Bankies stopper. But he hesitated, and this allowed enough time for Maxwell to challenge for the ball, which he did successfully and it trundled in to the vacant goal.

With two goals needed, the Bankies players were unable to raise themselves after such a disappointing goal and the game ended 2-1 to Ashfield.

It was a disappointing exit to the tournament, and with the league campaign fast approaching Budgie McGhie has some difficult decisions to make as the Bankies fans will be looking for promotion to the Super Premier at the third time of asking.