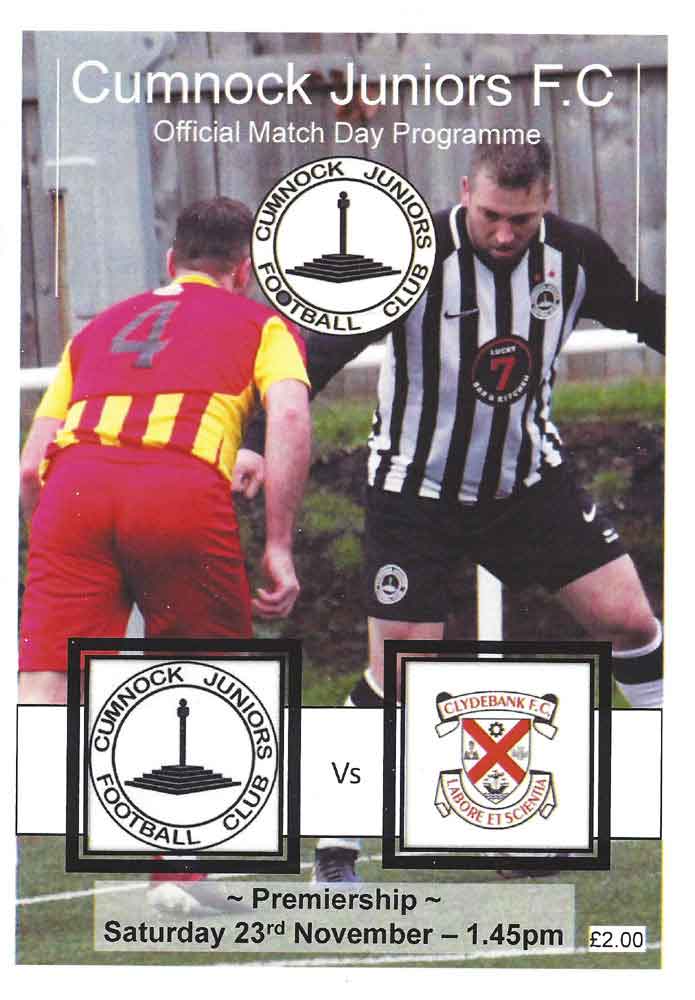 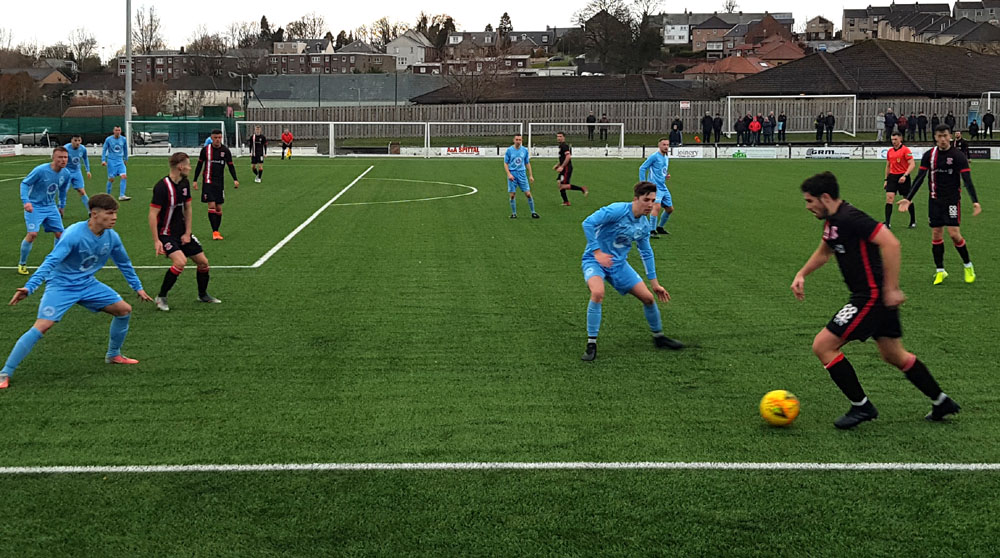 Well, the honeymoon period for Gordon Moffat is well and truly over. The Bankies went down to a meek 2-0 defeat at Cumnock ringing up their fourth defeat in five matches in a dire, dire game of football. The manager has inherited a squad that simply aren’t up to the task, and the sooner that he can bring in his own players the better. The loss of Jordan Shelvey, sold to Pollok last week was felt palpably as Clydebank have few enough top quality players. So, to lose one showed up today as not one of the forward players can be happy about their performances as hardly a shot was made in front of the Cumnock goal.

I have to say I was surprised at the team selection today. I thought Liam Rowan would have been in line for a return to the starting eleven, but the manager opted to go with Vezza and Alexander in midfield; a combination that has been shown not to work on many occasions this season already. The other decision was to retain Hepburn in the side whom I thought would have dropped to the bench in favour of Munro. However, it was Cammy McClair who was the fall guy.

The first half was utterly forgettable and about as grey as the darkening sky over Townhead Park. Cumnock were the better side for the first twenty minutes or so and had one great chance when Waters palmed out a cross ball straight into Campbell’s path. I don’t know who it was but a Clydebank defender heroically threw his body in front of the forward and somehow managed to block his shot.

The home side also had a strong penalty claim turned away as a cross ball quite clearly came off a Clydebank hand, and this was undoubtedly a let off for the visitors.

It took until the 25th minute before the Bankies caused Cumnock’s defence any problems when Nicky Little sent in a low cross from the right wing that just evaded Hepburn in the six yard box.

The only other moment of note was when Clydebank should have scored shortly before the interval. Kyle Munro hit a cracking free kick from 25 yards out that forced Semple to make a fine save on his right hand side. Conor Lynass followed up and should have burst the net with the rebound, but he contrived to blast the ball over the top from close range. This was about the only involvement that Lynass had in the whole match and he was rightly substituted later on.

The second half began disastrously for the Bankies as Cumnock went ahead just two minutes in. A corner from the left was hit deep to the back post, where Dowie got the better of Alan Vezza and bulleted a header back across the goal and inside the upright.

It looked pretty grim for the Bankies, even with most of the half still to go. You couldn’t see where a goal was going to come from. The loss of Kennedy due to injury shortly afterwards didn’t help matters. With 52 minutes on the clock the home side could have killed the match when Campbell hit a first time volley wildly over the bar when a little more composure was called for.

Four minutes later Kyle Munro brought out another save from Semple, Again, it was a from a free kick as this looked like the only fruitful avenue for the Bankies. The home keeper reacted well by tipping the free kick over the bar.

There was a real lack of creativity on either side, but Cumnock were beginning to expose gaps in Clydebank’s midfield. It was from one of these moments that Cumnock scored their second goal midway through the half.

With plenty of time, Miller hit a crossfield ball into space on the right hand side of the box. Waters started to come for it but stopped when he realised he wasn’t going to win it. Caddis was the man who picked up the ball and he rifled it past the Bankies stopper with the defence posted missing.

With a bit of luck Cumnock could have extended their lead but they never quite got the breaks, and Clydebank finally made two chances in the space of a minute that both fell to Hepburn. The first one was the better opportunity as the ball bounced up for him in the box with just Semple to beat, but his obvious lob was under hit and the keeper saved easily. Straight afterwards, Hepburn had a shot on the run, but was well off target.

There is really nothing positive to say about this performance. If I had to say something, it is that Moffat must surely know now who he has to move on and where he needs to strengthen. The midfield needs a complete overhaul for certain. It was the one area that McAnespie never resolved in the close season and it is obvious now that it needs addressed. The management can’t be judged on the current situation, as they took over at an awkward point in the season when it is difficult to bring in players. It is also the case that they needed time to assess the squad and they have now had twelve games under their belt to do this. Hopefully, we will soon see some movement in this regard. The Bankies have been given an away visit to Blair Park next week to visit Hurlford United in what is going to be another tough test.